ABOUT THE COMMONWEALTH ALLIANCE FOR RURAL COLLEGES

The Commonwealth Alliance's mission is "to provide our member institutions the resources to ensure their students have access to an affordable, value-based education that prepares them for success in a global economy".   Since 1965 Commonwealth Alliance for Rural Colleges (formerly known as The Virginia College Fund) has been a reliable, consistent source of financial support for rural "access institutions", providing direct support to students from low to moderate income households, minority students, and students who are the first in their families to attend college.  Our member schools are: Appalachian School of Law, Averett University, Bluefield University, Eastern Mennonite University, and Ferrum College.  As a statewide consortium well-known for over 50 years, The Commonwealth Alliance has been able to cultivate donors and board members committed to expanding access to higher education. The Commonwealth Alliance's support comes from individuals, corporations, foundations and trusts.

Our member schools are located in rural areas of western, southern and southwestern Virginia in the towns of Grundy (Appalachian School of Law), Danville (Averett University), Bluefield (Bluefield University), Harrisonburg (Eastern Mennonite University), and Ferrum (Ferrum College). All are long-established fixtures of their communities, having operated continuously for a century or more. These schools provide employment, invigorate the local economy, and provide a crucial path to economic prosperity for those who attend.  Each year, The Commonwealth Alliance divides 100 percent of its funding among the five institutions. The individual college or university will decide the size of each grant based on availability, need and academics. The average financial aid package for our five member schools  is over $22,000 per student! 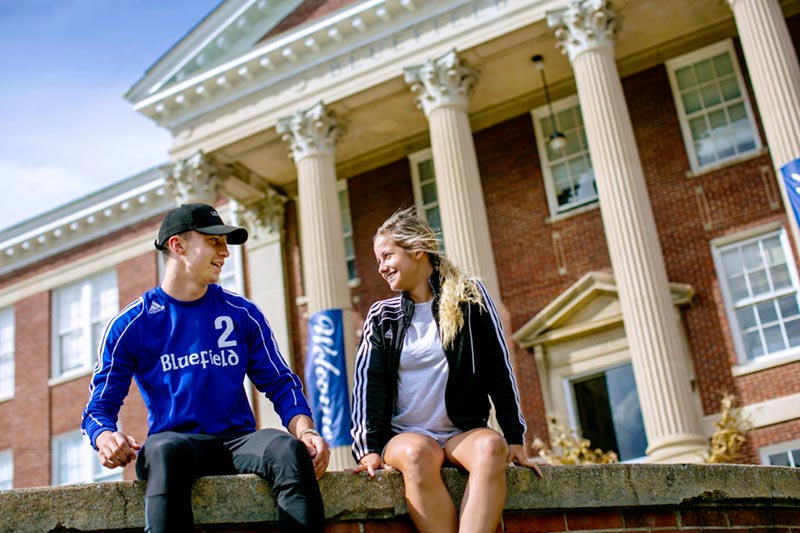 The Commonwealth Alliance for Rural Colleges is now in its 56th year of supporting higher education in Virginia. The Commonwealth Alliance began as the Independent Junior Colleges of Virginia (IJCA) in 1965, in response to the growing need for dedicated financial support or two-year "junior colleges". At the time,  state-supported institutions were rapidly expanding and the community college system was in its early stages of development.  Private sector leaders recognized the competitive disadvantage of the   junior colleges---so indispensable to rural Virginia---and their need for an advocate and dependable financial resources.

Through the late 1960s schools began to merge and transition to four year degree-granting institutions. In 1970, the IJCA changes its name to the Virginia College Fund.  Eastern Mennonite College and Seminary joined the VCF in 1977.  Recognizing the need to better reflect our work and mission, and with the new membership of Appalachian School of Law, the VCF rebranded as the Commonwealth Alliance for Rural Colleges in June 2022. Commonwealth Alliance membership is now Appalachian School of Law in Grundy, Averett University in Danville, Bluefield University in Bluefield, Eastern Mennonite University in Harrisonburg, and Ferrum College in Ferrum.  All are accredited by the Commission on Colleges of the Southern Association of Colleges and Schools and certified by the State Council of Higher Education for Virginia.  The Commonwealth Alliance headquarters is in Richmond.

Since its inception, The Commonwealth Alliance has contributed over $26,000,000 toward educational attainment for generations of Virginians.  The Commonwealth Alliance continues to rely on the private philanthropic and corporate communities for the majority of its grants, consistently meeting its annual fundraising goal. Additionally, 100 percent of every dollar raised goes directly to the member schools for student support according to an equitable funding formula based on enrollment.  The fund is audited annually.

Most students enrolled at The Commonwealth Alliance's member schools require tuition assistance; a third to nearly a half of students are from low- to moderate-income households, are among the first generation in their families to attend college, and/or are from minority backgrounds.  The grants provide significant funding for many students at each school.

The Commonwealth Alliance and its Board of Directors, member institutions, and students are grateful for your support.

We can't do this alone. We work with people like you!

© 2023 | The Commonwealth Alliance for Rural Colleges | A 501(C)3 organization dedicated to providing opportunities to the young people of Virginia.